Book a complimentary 30 minute consult with our Managing Partners.

Entreprenating: How to Network the Entrepreneurial Way 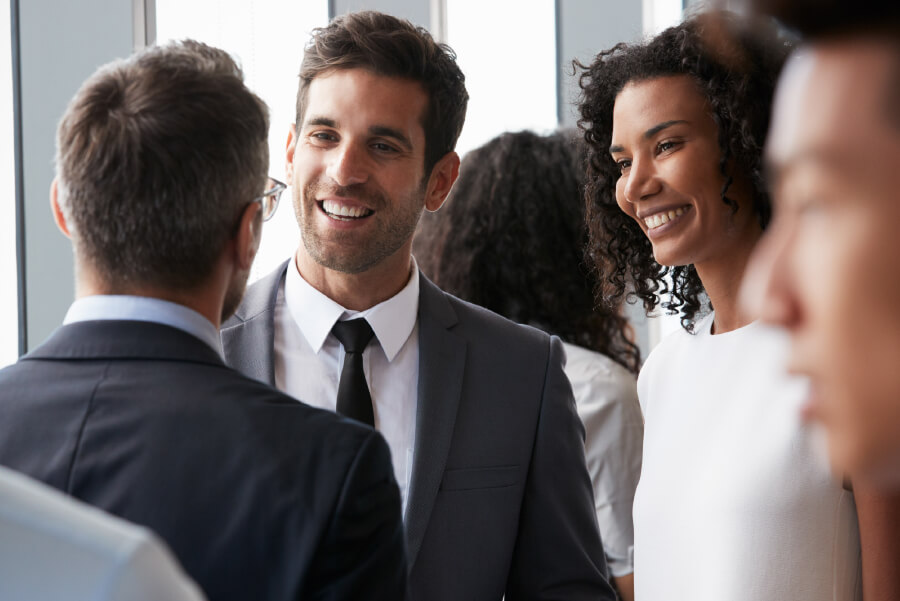 Of all the methods we’ve used to build our business, one has been by far the most successful: good old-fashioned networking. But you have to do it right. Here are the three keys to developing an entrepreneurial sense of networking—what we call “entreprenating”—which has worked wonders for us.

1. Develop a Sense of Synchronicity

Carl Jung introduced the concept of synchronicity to explain a pattern of connection between events that does not conform to the traditional rules of cause and effect. Think about this scenario: you lose a significant client due to reasons beyond your control. A week later, you bump into someone at a networking event you might not have attended if you were busy working for your former client. She connects you with a prospect that is an even better fit for your business. This company becomes a long-term, profitable client.

Losing one client did not cause the other one to appear, but there is still a connection between the events. A sense of synchronicity means believing that what’s meant to happen at a networking event will happen. If you’re supposed to meet someone, that individual will cross your path. If you make no connections, it was not supposed to happen.

So, don’t go to a networking event expecting it to turn into gold. Don’t worry about where the next crumb along the road is going to lead. It doesn’t matter.

Not only does this approach work, but also it takes the pressure off. By adopting a “whatever will be will be” attitude, you can relax, enjoy the event and do what you’re supposed to do: develop meaningful relationships.

If you’re going to networking events to sell to people, you’ve chosen the wrong venue. Why? Because people rarely go there to buy.

For anything worthwhile to happen, people have to know, like and trust you. Trying to sell your products or services goes counter to your mission. It will turn people off and ruin the chances of developing a relationship.

Instead, be authentic. Think about the last time someone told you, “I’d like to meet for coffee and get to know you better.” Then, when you arrived, they dove into a sales pitch. How did you feel? Probably like you’d wasted your time, and it’s likely you never spoke to that person again. They were not authentic, and did not earn your trust. They tricked you into a sales meeting.

Without authenticity, there’s no trust. Without trust, your value proposition is meaningless.

3. Find Opportunities to Give

“You get what you give” is a key principle of meaningful networking. When you forge business relationships from the standpoint of what you can offer, you’ll find networking is easier and more successful. It’s all about developing positive karma. If you do good, you create more opportunities for good things to happen to you.

Most importantly, do not expect anything in return. Just make generosity a habit.

Here’s an example. I met a man, Bob, at a conference. He was involved in the management of a tribal-owned casino in California. It was having some challenges, so I offered to find a consultant on the west coast to help sort through their issues. I provided him with three consultants’ names. When I followed up, Bob said the consultants’ proposals came in beyond the casino’s budget, so I asked him if he’d like me to help. Even though my business was on the east coast, Bob was relieved when I offered. Not only did the casino end up being my client for four years, but they also referred me to other clients. In addition, when one of the human resources directors went to work for another company, she contracted my services there. Later on, an associate at that organization referred me to a future client.

It’s important to note that I did not expect a new string of clients to result from my offer to help Bob. I never even considered that an east coast consultant would meet the casino’s needs. The moral of the story? One act of generosity can bear fruit for years to come. But once again, do not help others because you expect something. Do it because it’s the right thing to do.

If you’re like many entrepreneurs who don’t enjoy selling, my experiences should give you hope. Instead of selling, you can entreprenate. Go out into the world with a sense of synchronicity—whatever will be will be. Leave your sales hat behind, make helping others your priority, and business will find its way to you.

Want to learn more people-centric strategies to grow your business?

Speak to a Catalyst today.

Join our Team of Catalysts